And there it is, Phase 3 just went live! Get the update now to blast away your opponents on 8 new tracks!

Besides the new tracks, weapons and A.I. opponents, Phase 3 also includes a new hovercraft, new music, graphics options for lower performance devices, tons of new challenges, new ranks to climb, and much more! Enjoy your free update if you already bought the game, or head to the App Store now and pick up the ultimate futuristic racing experience!

Take a look at our game page for more info, screenshots and a trailer.

Phase 3 have entered the final stage of development, which means plenty of play testing, polishing and tweaking. It also means that the gameplay is ready to be shown in the first video! So if you have been looking forward to opponents and weapons in Repulze, then this trailer is for you!

Phase 3 also includes several new music tracks made by Scott Lee. The video gives a first taste of his work.

Phase 3, the third major update for Repulze was always meant to be developed according to what you, the players wanted the most. And it’s safe to say that opponents have been the single most requested feature since day one. And thus, that’s what we did!

So Phase 3 will introduce enemies racing against you. And if there would be enemies we wanted weapons as well; kind of goes hand in hand. But… we didn’t want to add (much) more complexity to the game and still keep the fast paced racing. The weapons system we’ve created lets you and your opponents activate (automatically) different levels of weapons depending on how many boost charges you have. For an example, if you have one boost charge your light plasma cannon is active, while if you had three boost charges stored your rocket battery would be activated instead.

This adds a certain tactical aspect to the racing. Do you want to hold on to your boost power and blow things up? Or is this a good place to try to boost and break away from the others? It also gives the level designers an extra tool to add more diversity to the tracks.

A track with many wildcard gates (the blue ones) would be an intense battle track, while a track with no wildcard gates would be much more focused on racing. It all comes down to how much boost is available. And here’s the first screenshot from Phase 3. Keep in mind that it’s still in pre-alpha stage, so things are very much subject to change!

Repulze phase two has been approved and should be available any second now.

Repulze Phase 2: Trams… we’ve got the solution for you

Repulze Phase 2: Trams… we’ve got the solution for you

Slow-moving trams ever annoyed you?

Then get a Power Ripper!

The “PHASE TWO: Break & Desist” content update has now been submitted to the AppStore for approval.

Behind the scenes – Tracks

Behind the scenes – Tracks

Just a quick glimpse behind the scenes on how the tracks are made for Repulze! The colored spheres are used to bend and twist the track.

As Phase 2 enters the final stages of development, the days at the office goes by much quicker. Game developing may never be easy, but it’s especially near the end when all the separate pieces really come together that the days can be a little hectic. But it’s at the same time a lot of fun too! Every day a new feature, fix or cool effect has been implemented that makes the game a little better.

This week, all the new tracks are “finished” and enters the polish and tweak stage. Compared to Phase 1, the new tracks are much MORE in every way; they look great, are more organic, fluid and have more gameplay features. We kept the colored gates from Phase 1, but expanded it with pickups, smashable shortcuts, huge jumps and magnetic force fields that affect you depending on your color. Besides that, we also added ghosts to keep you company until we release Phase 3! 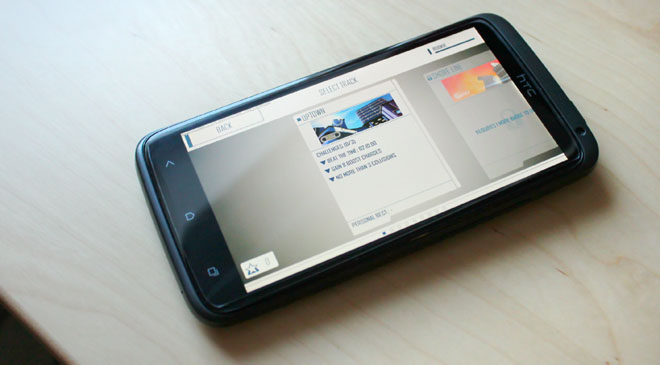