Our latest game just popped up on the App Store and Android Market, and this one ain’t a racing game! It’s called Penguin Palooza, and it’s Pixelbite’s first attempt at a smaller, more casual game. It’s about bouncing penguins to safety by creating trampolines. It’s quite an addictive break from racing games, so head on to the game page for screens, videos and more info!

Here’s a quick glimpse of Reckless Racing 2 in motion, showing off some tracks, cars and powerslides. A full-length trailer will be released closer to release, which is not far away now!

It hasn’t been much of a secret really, but now it’s official! Reckless Racing 2 is in development here at Pixelbite! We are talking a true sequel to the top-down powersliding best-seller we released almost precisely one year ago now. We have embraced what our fans have wished for, and RR2 will stay true to everything that made the original game such a hit:

And besides that, we are also adding a complete career mode, plenty of cars, different classes, upgrade system, shaders, more tracks, routes, more game modes, better A.I, improved multiplayer, and more! And as usual with our games, there will be more content down the road.

Here’s a few in-game screenshots of how the game currently looks. We have made some substantial upgrades to our game engine to really make things shine on newer devices. And as usual, if there’s anything special you’d like to see in the game, there’s still time to tell us on Twitter and Facebook!

Time flies! Seems it was just yesterday we added the Wreckless game mode, and now yet another update with four additional tracks and a new car has been released! Not much more to say, head on to your favorite market and download the update! It’s free as usual. And don’t forget, if you have any ideas, suggestions or funny opinions of any kind; let us know via Twitter or Facebook!

Here’s a new trailer showcasing the new features of the last two updates. 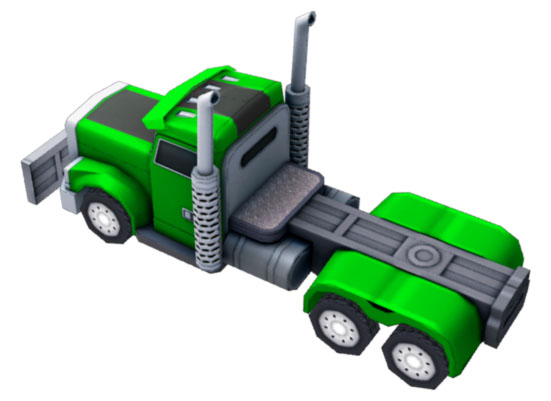 There we go! The first iOS update and the Android version of Reckless Getaway have been released. It’s even more Reckless now thanks to the all-new “Wreckless” game mode, a couple of bug fixes and improved performance.

So, if you’re an Android user head on to the Android Market and get Reckless Getaway! And all you iDudes will notice the update waiting for you in the App Store, so go get it! It’s free as always.

Work has already begun on future updates, which will include new levels, slightly easier difficulty and yet another game mode. Don’t hesitate to give us your feedback and tell us what you want to see!

[tfg_social_share]Cut to the chase! Reckless Getaway has been released on the App Store and Android Market for $2.99, and even got featured as Game of the week by Apple! Take a look at the release trailer to see what the game is all about. A version optimized for Android is available now, and our plan is to update the game with additional game modes as well!

Reckless Racing is available for download for your iPhone, iPad or Android (HD and regular versions)! Take a look at the game page for more details and direct iTunes/Market links.