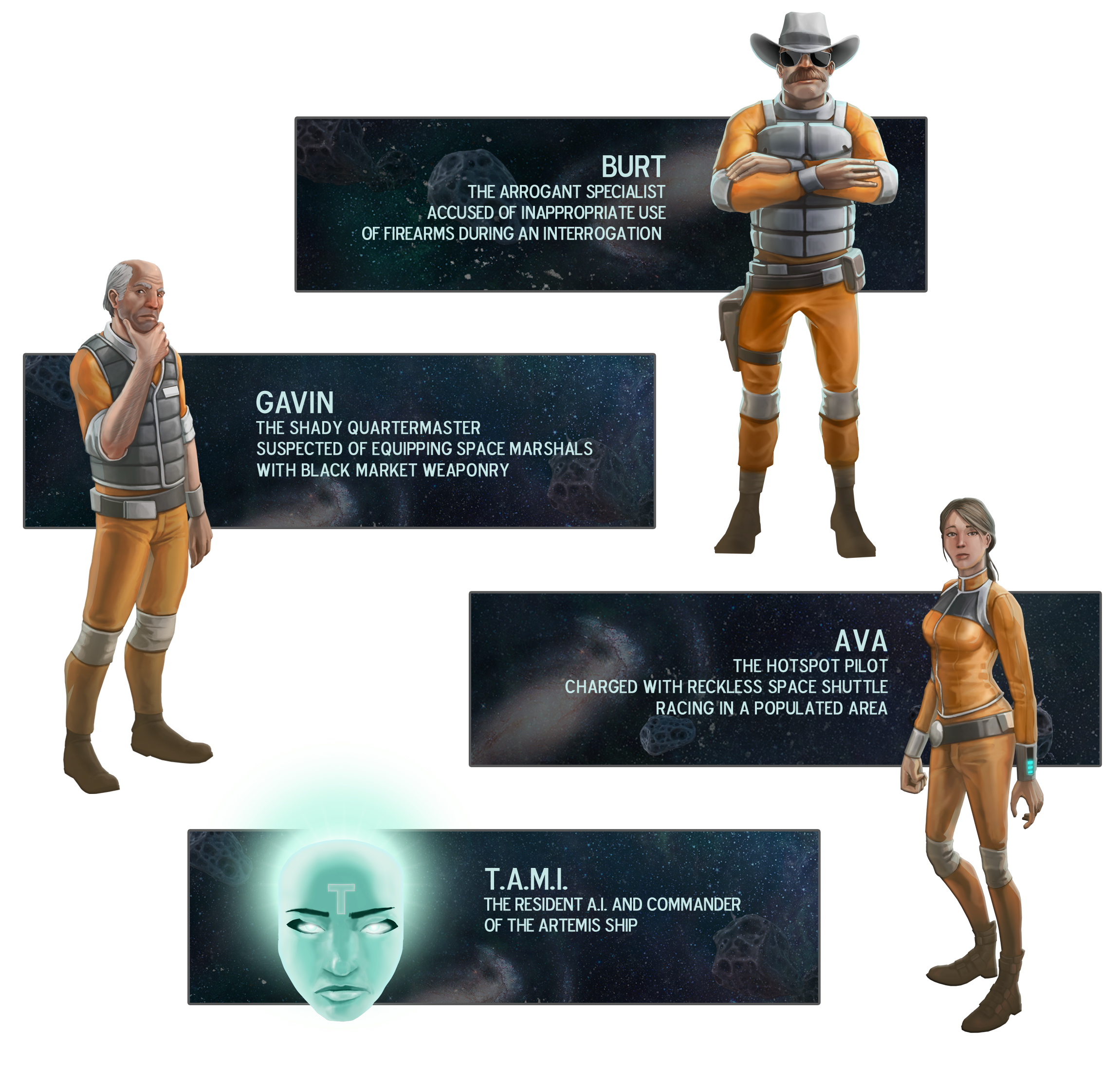 Burt, Ava and Gavin are three Space Marshals who got suspended for misbehaving and breaking the code of conduct. The punishment for this is suspension. Cold, hard, cryogenically frozen-in-box kind of suspension, commonly referred to as the “Think Tank” by the marshals, where you get to ponder on your mistakes and better yourself – or you won’t get reinstated.

They’re being held in holding cells aboard the Space Marshal space ship named the Artemis which is a universal max security penitentiary. The biggest and scariest criminals are locked up there.

During our protagonists suspension time there is a prison riot overthrowing the control of the vessel. All guards and crew are slain. All tracking and security technology is disabled or destroyed. T.A.M.I. the resident A.I. and commander of the Artemis is abruptly deactivated.

The new commanders of the ship quickly changes course and vanishes deep into the shady Backspace sector. This largely uncharted territory is notorious for criminal hideouts and corporate black-ops sites. Otherwise, no one except the adventurous or desperate go there. It’s out of reach of the law.

The destination in Backspace is an inconspicuous looking moon with inhabitable conditions and a low population of mostly missionaries, where they abandon the Artemis in orbit to its own fate and exodus to the surface.

Time passes and life support aboard the Artemis starts to fail. Space debris damages the hull and resources are dwindling. Soon breathable air and heat will be gone. This kicks the emergency protocols in effect where the resident A.I. is rebooted and reactivated.

TAMI quickly assesses the situation and decides to set the three remaining captives loose. They’re the only chance of recapturing the extremely dangerous fugitives.