Get ready for the ultimate futuristic combat racing experience! This futuristic racing game puts you in the seat of experimental Repulze hovercrafts working as a test pilot for the Man. Well, the Synthetic Man is more accurate. The Synthetics run the corporations. The corporations run the world. You are way down the food chain getting pushed around to complete their “scientific” challenges. But you’ll show ‘em…

“Given its speed and structure,  Repulze reminds me most of Trackmania — short, digestible races designed to trigger the just-one-more-try mechanisms in your brain. With friends around, it actually makes for a great impromptu pass-and-play local multiplayer game”

“A very slick Wipeout-inspired game with great track design, a unique polarity mechanic, and a generous selection of both tracks and vehicles.”

Kotaku – Gaming app of the day

“Where other mobile futuristic racers on the iPhone (and Android, for that matter) have failed to deliver a smooth and speedy experience, Repulze succeeds.”

“Repulze is a fast and challenging racer remembering the classical Wipeout.” 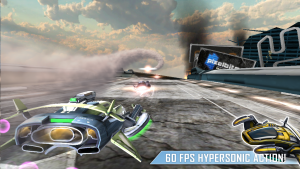 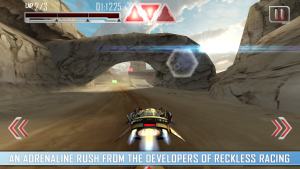 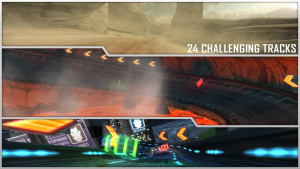 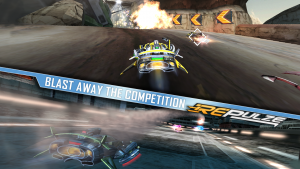