Get ready for some heavy hero action!

Space Marshals is a Sci-fi Wild West adventure taking place in outer space! This tactical top-down shooter puts you in the shoes of specialist Burton in his hunt for dangerous fugitives after a disastrous prison break.

Space Marshals is all about a premium tactical combat experience. Use stealth, gadgets, cunning and/or excessive violence to complete your objectives in a wild west inspired future.

Use the environment to your advantage. Avoid attacks by taking cover. Flank enemies for extra efficiency, but avoid getting flanked yourself! Use the tools of the trade to gain an edge – frag grenades, flash bangs, distractions, personal shields, proximity mines and more.

Choose your approach with care. Some say running into the fray guns blazing isn’t always the best option. Use distractions to single out opponents. Use disguises and covers to sneak past irrelevant guards. Use silenced weapons to covertly reduce the enemy numbers.

Choosing your load-out is a big part of your tactics. In addition to body armor and grenades you can carry one two-handed and one single-handed weapon in each mission – and there’s something for everyone. Shotguns, handguns, assault rifles, sniper rifles, crossbows, energy weapons, throwing axes and more. 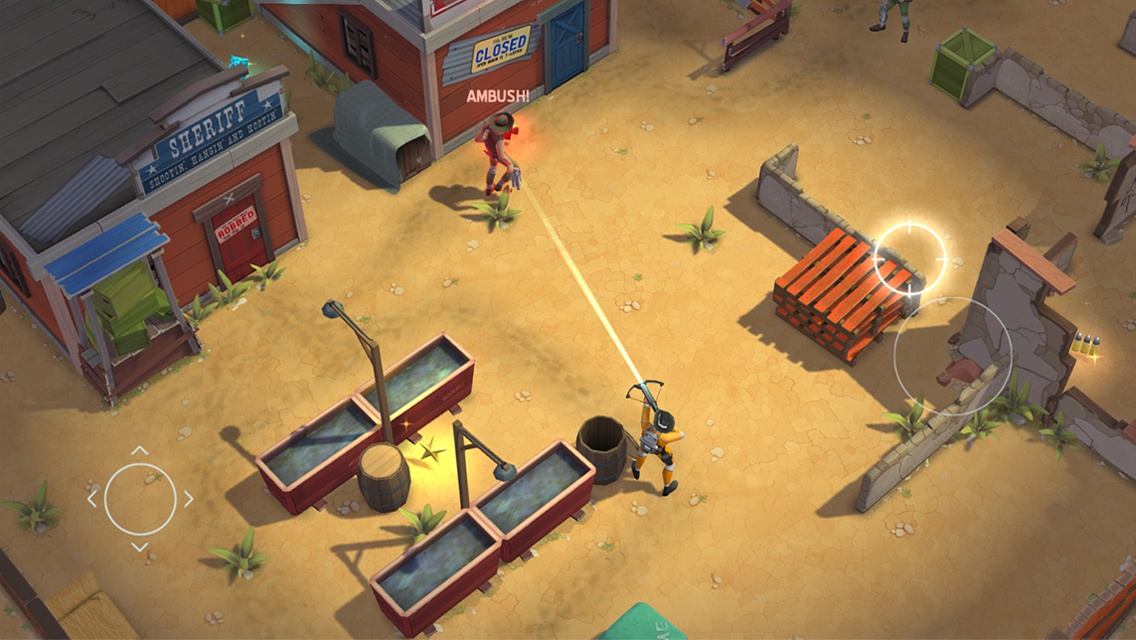 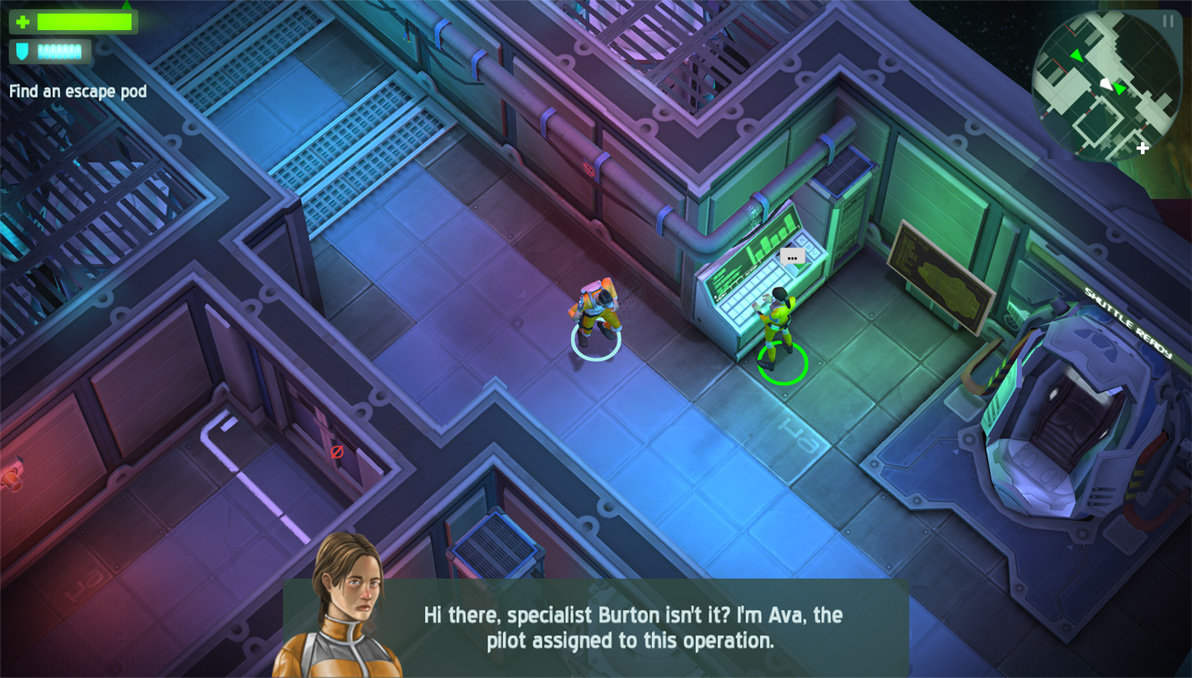 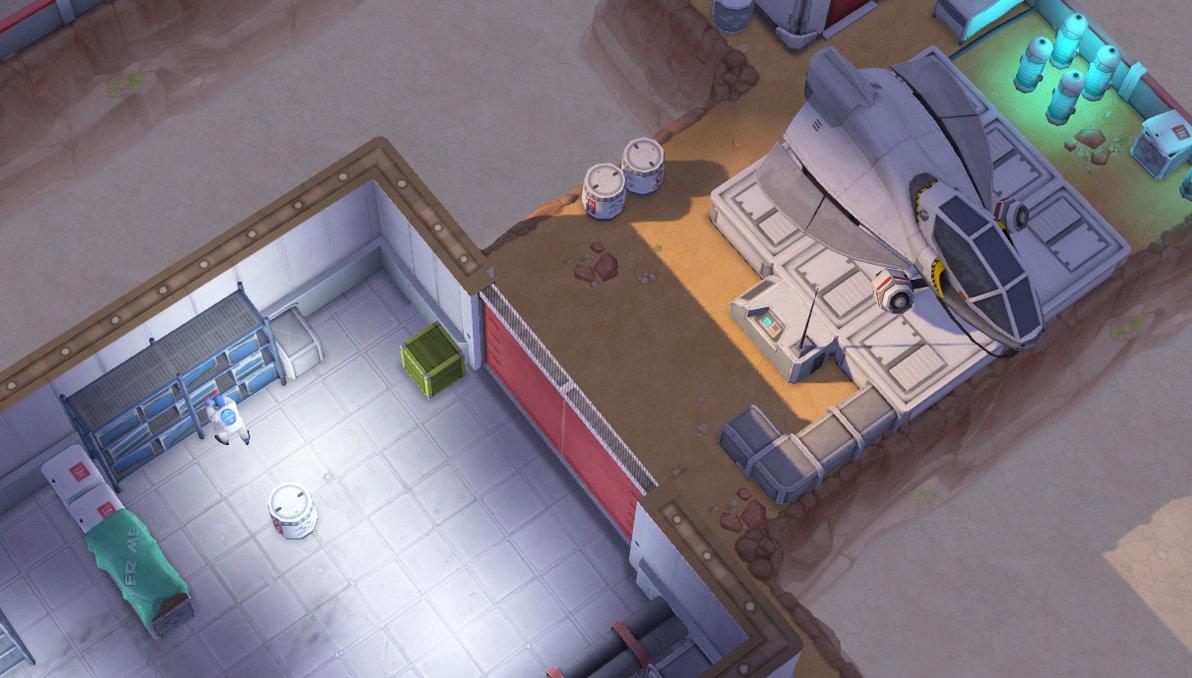 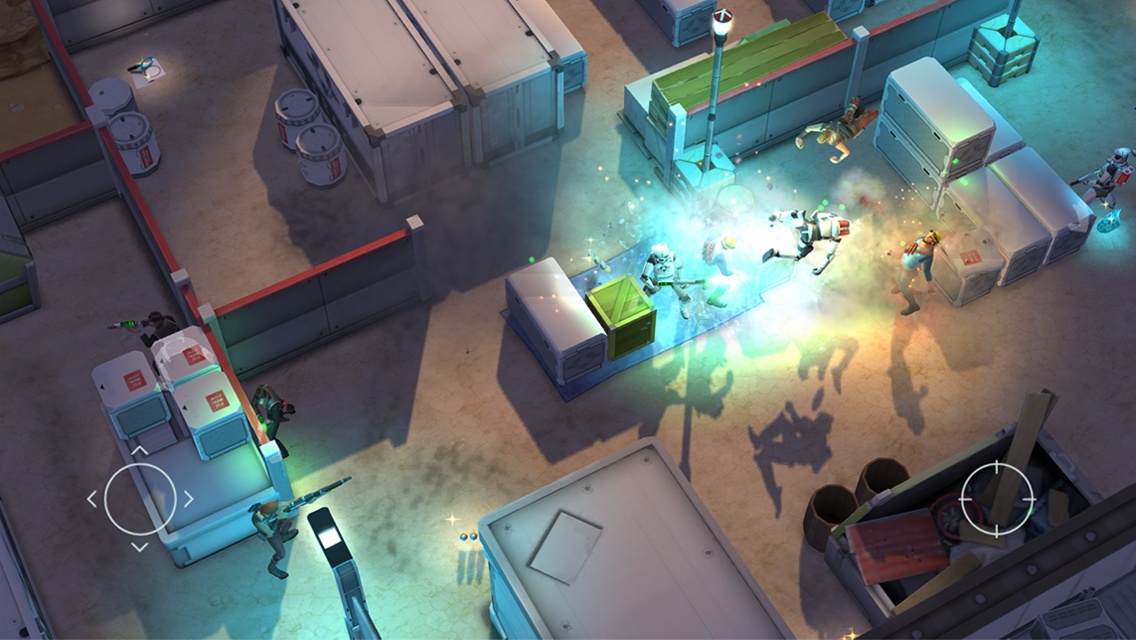